iTunes is awesome, I don't know any other good alternative (I tried EVERYTHING out there, don't tell me to try foobar2000 or songbird, it just doesn't top iTunes). But it has its default and since I use it to manage my library I've lived through 3 crashes :

Fortunately the industry is trying to tackle the issue and, as we're still waiting for Megabox to come around, solutions are already there. 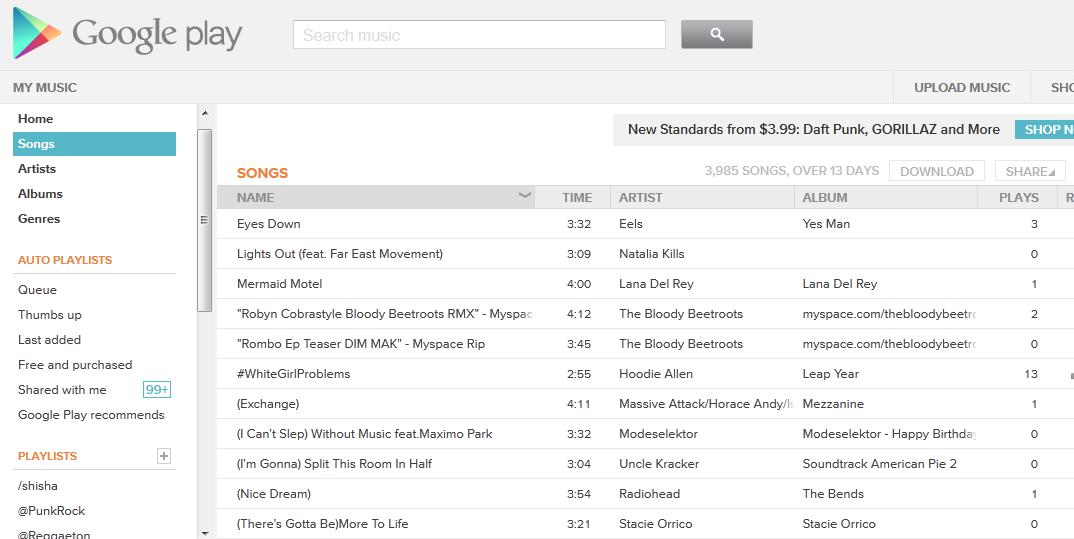 This one was already problematic and I had to find a workaround to make it work since I was living in France and Google Music was only available in North America. I found a proxy, signed up, and voila.

You have to download a small software that goes hidden in the taskbar and downloads your entire library from iTunes. It keeps your playlist! But not the tags (lyrics, ranks, playcount...). One bad point.

It also allows you to discover new music through their free music. So I checked some genres and here it was in my playlist, indistinguishable from the rest. So when I had to back up all my music, I had to download all this music that I didn't really want in my library.

Also the player is buggy, it shows duplicates. I had like 500 duplicates of my song, this is the main reason I stopped using it.

I still use it to back up my music (instead everything else falls down). And sometimes to play my music on someone else computer. 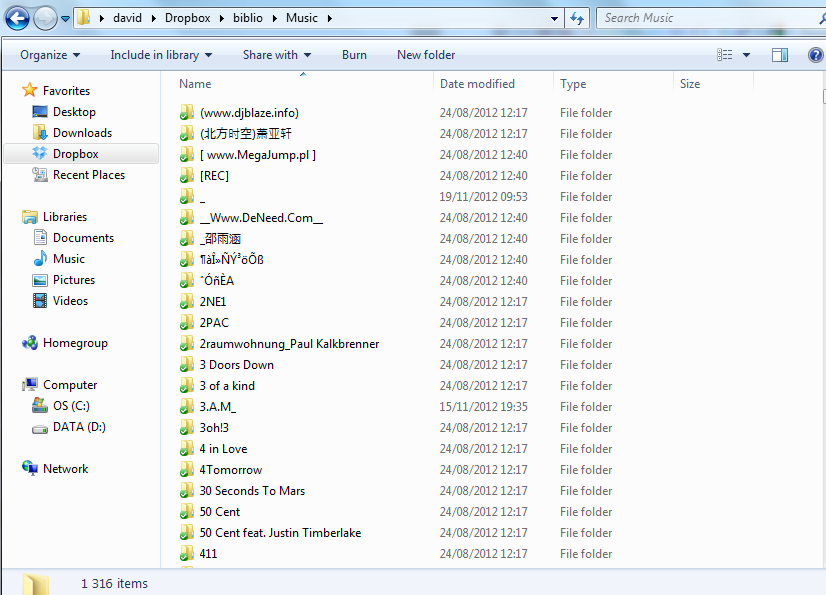 Since I was really scared from my 3rd crash, I looked over Dropbox and figured it was too expensive for me. I tried sparkleshare, some other Dropbox alternatives and even tried setting up a SVN. Too much trouble, not really working etc... I ended up paying a 100$ for a dropbox membership. Which is great since I now use it for my pictures, videos, websites, writings...

But I never really dared to use it too much for music since I heard it breaks your library if you use it on two computers at the same time. And when I eventually tried to use this solution, it didn't work. I didn't want to mess too much with it and saw an ad for iTunes Match. It was all I wanted and cheap, why not try it? 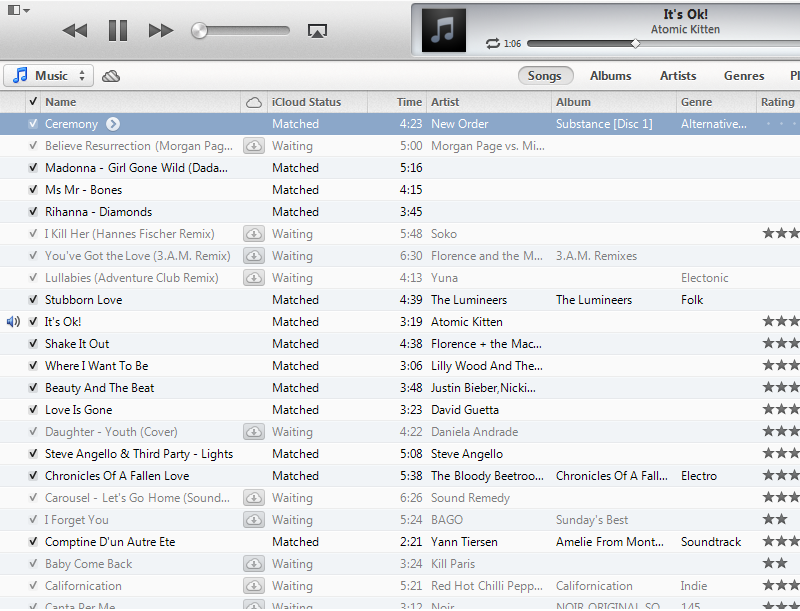 Itunes Match is 25$/year. It's nothing. It's fast, which Dropbox and Google Music are not. It allows you to keep tags, playlist, and to sync all your iDevices.

I just started using it and don't really want to write too much about it for now.

EDIT : I finally found a fix to the playlist not uploading. The solution : I enabled back the sidebar that iTunes 11 decided to hide (poor decision) and there it was : your playlist can't be uploaded on the cloud because it contains medias that are not music. There was ONE fucking video over a hundred of mp3s. Problem solved.

EDIT2: To upload ineligible musics you have to find a mp3 with a better bitrate. It's actually cool since I had a lot of low quality music, iTunes is MAKING me find better versions of them.

At the moment I'm using the 3. I use Google Music for a backup emergency. I use Dropbox as a real backup. I use iTunes Match to sync my music to all my computers (10 max). Using iTunes Match to do this job implies that I won't have all my music and some playlists might just not sync as well. It still better than nothing until they get it fixed or someone comes up with a better solution.